Do Not Testify Falsely Against Your Neighbor Devotional

The Ninth Commandment says for us to not bear false witness against our neighbor. In short, "do not lie". 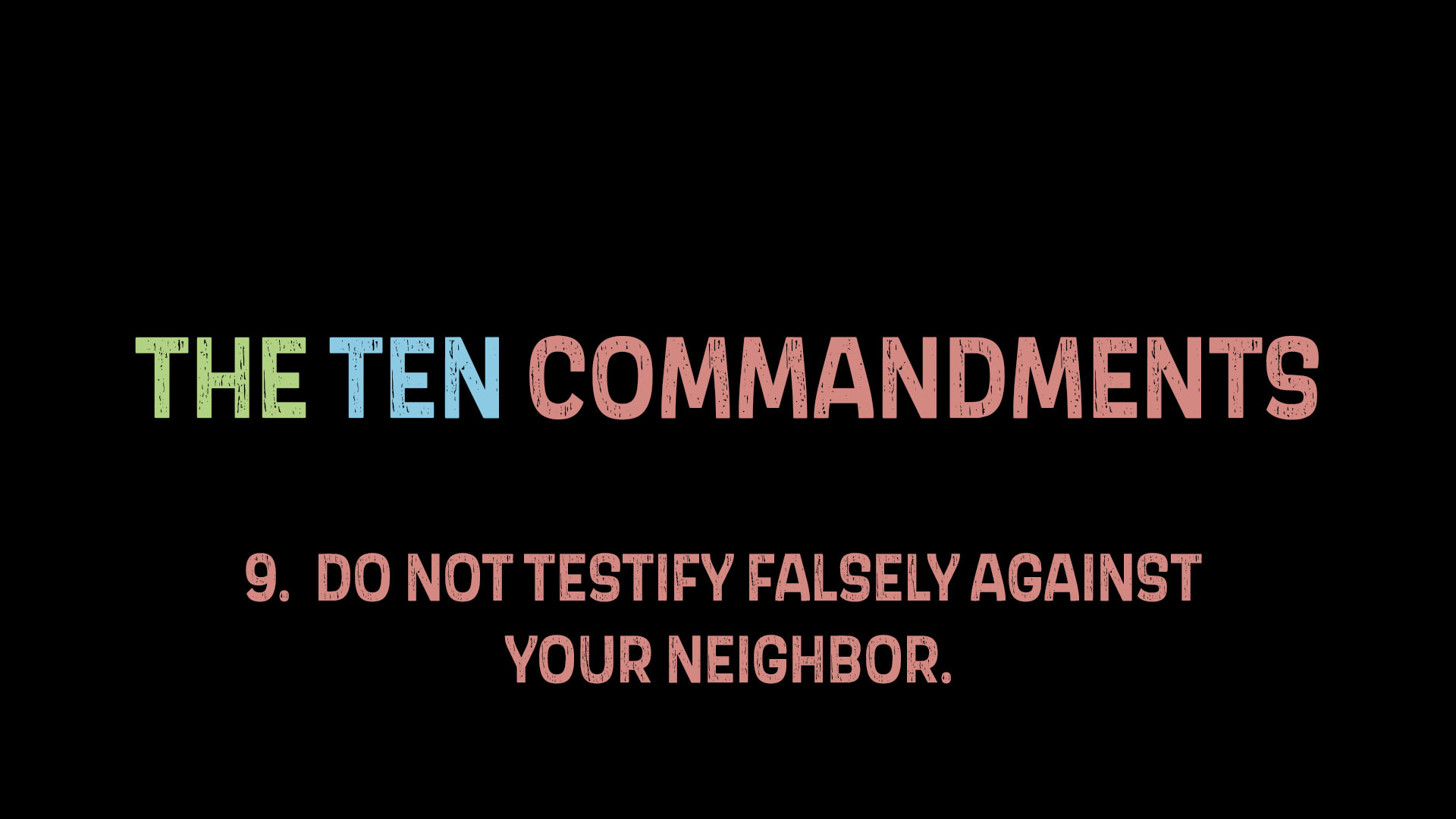 On its face, the Ninth Commandment prohibits false testimony or what we commonly call perjury. Indeed, the Bible and Apocrypha often refer back to this Commandment, whether implicitly or explicitly, in the context of a witness falsely testifying in a proceeding to determine the guilt or innocence of another. The story of Susanna and the Elders is perhaps one of the most well-known examples and conveys the gravity of the offense when the lying elders are sentenced to death. The seriousness of the offense of false testimony is replicated in the criminal laws of our own Commonwealth of Virginia which make perjury a felony. While not punishable by death, one convicted of perjury is subject to potential imprisonment and fines as a punishment. Perhaps most interestingly, upon conviction for perjury a person shall be “forever incapable of holding any office of honor, profit or trust under the Constitution of Virginia, or of serving as a juror.” Simply put, once convicted of perjury, Virginia can’t trust you again with some of its most important duties—EVER. I found this eerily reminiscent of my parents’ words to me when I was growing up— “If you lie to me, you will make it hard for me to trust you again.” While the Ninth Commandment’s proscription has been interpreted to prohibit lying generally (“An honest witness does not deceive, but a false witness pours out lies.” Proverbs 14:5), I find myself more interested in what happens if we rephrase the Ninth Commandment into an affirmative mandate, one which calls upon us to tell the truth (“Whoever speaks the truth gives honest evidence, but a false witness speaks deceitfully.” Proverbs 12:17). Perhaps here is where we need to be most careful. Too often I have witnessed the harm done to others when verbal attacks, insults, or derogatory comments are caustically justified with “but I was only telling the truth” or “well, it’s the truth.”  No! While I do not claim to be a theologian, I’m pretty sure a loving God never intended the Ninth Commandment (or any Commandment for that matter) to be weaponized and used for harm. Recalling Pastor Chris’s teaching of the last several weeks, the last six commandments tell us how we are to be in relationship with others. They are not a call to hurt others. “The commandments. . .are summed up in this one command: ‘Love your neighbor as yourself.’ Love does no harm to a neighbor.” Romans 13:9-10.