Book Suggestions for Your Spiritual Diet 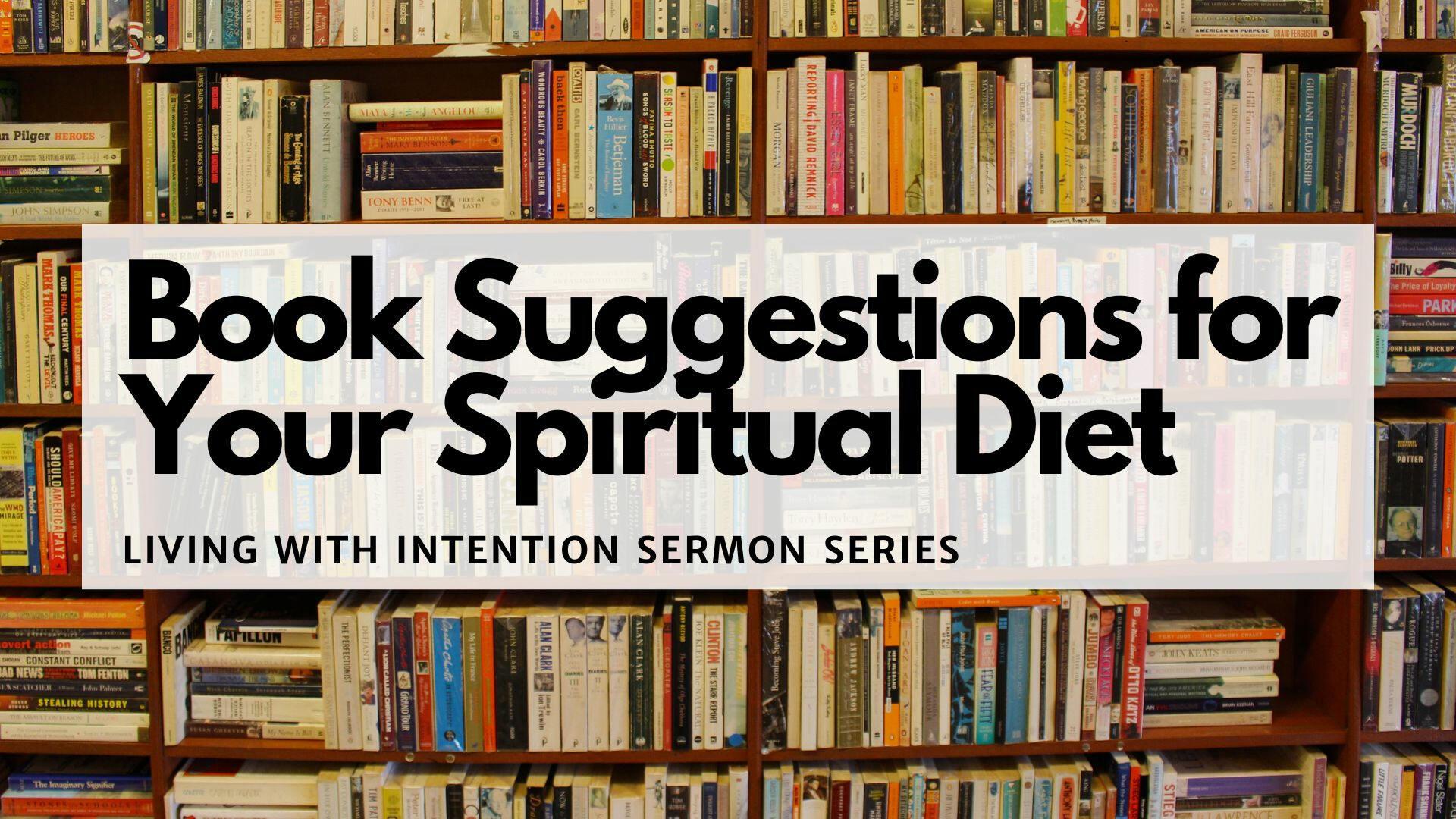 The Peace of Wild Things And Other Poems by Wendell Berry. Everyone should read anything they can get their hands on that was written by Wendell Berry! Poet, essayist, author of both fiction and non-fiction, farmer (and also still lives in Henry County, KY, where I grew up). His eloquence and outlook on mother earth combine to take one into the sanctuary of God's creation. I have read his poem "The Peace of Wild Things" as opening prayer in small groups, as an interlude during a post-election prayer service led by the Seminarians Chapter of the Clergy Emergency League, and as benediction during church service.

Grounded by Diana Butler Bass. This is a book I find myself coming back to repeatedly. Bass challenges us to find God in the world and then challenges further to how we will be Christ to one another in the world. It's the book that took me to the next level of opening my heart (and head) to my calling.

Grace: More Than We Deserve, Greater Than We Imagine by Max Lucado. This is another book I encountered as a small group participant. If anyone ever doubted God's grace, this book will erase all doubt. My favorite line from it "God's grace has a drenching about it. A wildness about it. A white-water, riptide, turn-you-upside-downness about it. Grace comes after you. It rewires you." And that's just on page 8!

I have to include a book I encountered in my evangelism class, E. Stanley Jones & Sharing The Good News In a Pluralistic Society edited by F. Douglas Powe Jr and Jack Jackson.  This book of 7 essays focuses on "Wesleyan evangelism through the lens and in the spirit of E. Stanley Jones." The book offers valuable lessons about spreading the Good News of Jesus to people who are not of our own culture and religious background. You gotta admire someone who was a friend of Gandhi and inspired MLK, Jr.

Meditations of the Heart by Howard Thurman--and also his book called "The Inward Journey"--particularly for spiritual and soul searching prayers and readings.

Learning to Walk in the Dark by Barbara Brown Taylor--this read was particularly inspired by our sermon series on Shining Light Into Darkness.

Max Lucado's You Are Never Alone is a good reminder of God's presence in the normal everyday life.

The Artisan Soul; Crafting Your Life Into a Work of Art by Erwin Raphael McManus. This is really for everyone (not specifically for artists) to be aware that an individual life is a work of art inspired by God.

I was a fan of the TV show Friends and Matthew Perry has a memoir out called Friends, Lovers and the Big Terrible Thing.

Prayer in the Night, by Tish Harrison Warren, as a personal account of praying through and despite pain and suffering, not just praying for it to go away, but trusting in God when it's not easy.

Crazy Love by Francis Chan was maybe the first book that pushed my faith. There's a long story behind that, mirroring a year of growth in my faith including putting the down (for months) when Francis noted that Jesus said it's easier for a camel to go through the eye of a needed than for the the rich to go to heaven. That's a shot across the bow for most of us in Loudoun County.

For devotionals, I really like the This Day devotional, for the use of the lectionary, the daily focus, and the prayers for different occasions. Since it's the same structure month in and month out, I don't use it every month, but do find myself turning back to it often.

Okay, I hit five, and I didn't mention Tim Keller. Weird, right? His book Prayer is one of my favorites, but it's tricky to recommend a book that you have to tell people to skip the first three or four chapters and just get to the practical stuff. This book probably did have more of an impact on my prayer life than anything other than just doing the work of praying itself, including Keller talking about praying through and studying one psalm a day for half a year, and then reading five psalms each day (day one is 1-5, day 30 is 146-150) and praying through what you have on your heart with one of those. STILL. Those first couple of chapters make it a tough recommendation.

Barbara Brown Taylor,  An Altar on the World

Peterson, A Long Obedience in the Same Direction